We’re just about to approach the halfway stage of the 2020/21 Premier League season, and it’s safe to say that it has already been able to establish itself as a campaign like no other the competition has thrown up.

The lack of fans on the grounds and squashed competitive schedule has led to some seriously wacky results over the previous few months with all of the top three teams in the league succumbing to embarrassing defeats, and it is already abundantly clear that the days of Man City or Liverpool romping to 100 points each year are over for the time being.

Premier League – Guess who will win 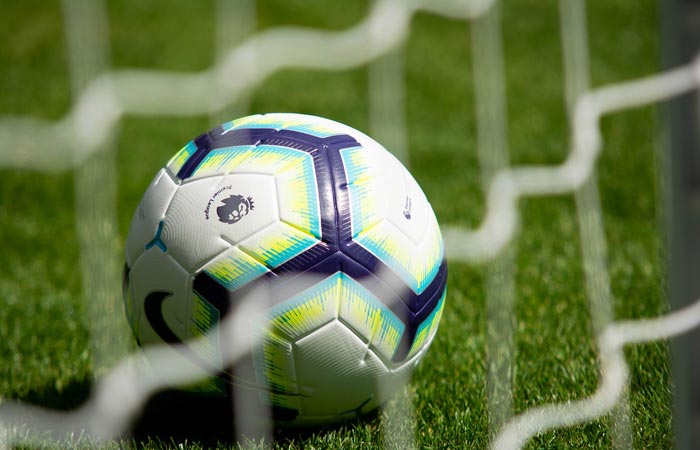 But who stands the best chance of winning this crazy, unpredictable league?

Ole Gunnar Solskjaer became the first man since Sir Alex Ferguson in the 2012/13 season to lead Manchester United to the summit of the Premier League table after Christmas, firmly cementing the Red Devils as title contenders in 2020/21. It’s often the case that the team who is top of the table at Christmas table goes onto the league in English football, so the question for every Manchester United fan now should be: ‘well, why not?’.

Having lost two of their first three games, conceding eleven goals in that time, and been dumped out of the Champions League after three losses from four games, it’s still staggering to even imagine Manchester United being anywhere near the top of the table.

But, following that dismal start to the season, Manchester United have undeniably been superb. Their 1-0 win over Burnley recently was their ninth win out of an eleven game unbeaten run in the league, taking the Red Devils three points clear ahead of their visit to Anfield on the 17th January, and United are now sat with the second most amount of goals scored and the second-best goals conceded record.

Named as the favorites for the title at real sports and Esports betting experts Unikrn.com, for all the talk of fixture congestion, injuries, fatigue, and supposed conspiracies from the officials, Liverpool has been right at the summit of the Premier League table most of the season and it’s still easy to imagine them retaining their title come to the end of the campaign.

Having racked up the third-highest amount of Premier League points ever in 2018/19 and romped to a Champions League triumph that year, Jurgen Klopp’s Reds finally got their hands of their first-ever title a year later without breaking a sweat throughout the campaign.

The steeliness of Alisson Becker in goal and Virgil Van Dijk in defense proved to be the difference-maker to Jurgen Klopp’s success at Anfield before, but it’s arguably been the addition of the attacking flair of Diogo Jota this year that has been the biggest difference between last season and this one so far.

But whilst the Reds certainly have history and experience on their side, but there’s no denying the impact injuries to the likes of Thiago Alcantara, Virgil Van Dijk, and Diogo Jota have had in scuppering Liverpool’s flow, particularly over the course of their current three-game winless run. Moreso than just the immediate loss in quality on the pitch, the loss of the influence of someone like Van Dijk has been instrumental in players like Trent Alexander-Arnold, one of Liverpool’s shining lights over the years, experiencing a seriously sharp downward spiral in form over the course of 2020/21.

Still, undoubtedly one of the best teams in Europe on their day with a level of squad depth and quality that any side would be proud to boast, Pep Guardiola and Manchester City have quietly been going about their business and been kept away from the limelight for much of the season.

A summer spending spree of £135 million was focused mainly on the defensive cover in the side, with both Nathan Ake and Ruben Dias joining the Cityzens from AFC Bournemouth and Benfica respectively, and the results have already been pretty convincing. So far this season City has the joint fewest goals conceded and the joint-most clean sheets for Ederson in goal, including five out of the last eight games at the time of writing.

And whilst the continued injury woes surrounding Garbiel Jesus and the concerns over Sergio Aguero’s longevity have led to some serious misfiring at times from the likes of Raheem Sterling and Riyad Mahrez at the top end of the pitch. There’s certainly a unique novelty in seeing Kevin De Bruyne playing as a number nine for Manchester City, but there’s no denying that this screams as an action of desperation from Guardiola and co. and his attacking woes.