Using a dual monitor setup is necessary if you want to be more productive.

Most people do a variety of tasks on their computers, making a single monitor not good enough. Instead of running a single program, lots of people will often listen to music while browsing the web and gaming. These three tasks alone can be difficult to manage if you don’t have two monitors.

Why You Need Dual Monitors 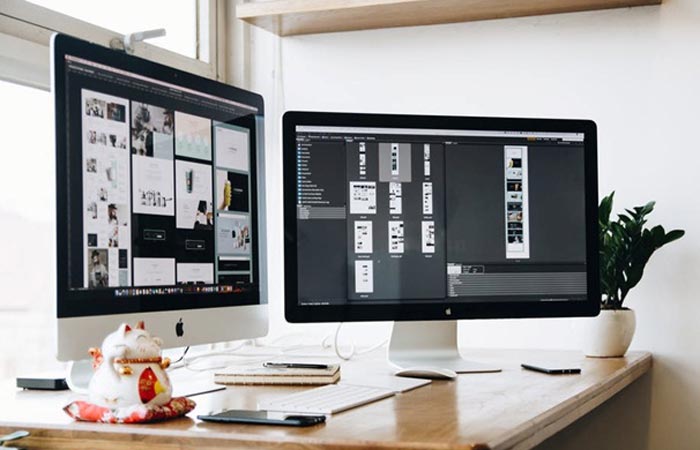 A dual monitor setup doesn’t cost much money and it’s easy to put together. After you know why you need dual monitors, you’ll wonder why it took so long to make the switch.

Keep on reading to learn more about the benefits of having dual monitors.

One of the main reasons people use dual monitors is because it’s much easier to be productive.

When you have a dual monitor setup, you’re able to get more work done because you have a larger workspace. Two monitors let you multitask by having multiple programs open and displayed at once.

With a single monitor setup, you have to repeatedly switch tabs whenever you want to search something. This can make you less productive because you’re more likely to get distracted when you exit a task.

Instead of switching between several windows, you can have them opened at the same time on separate screens. This comes in handy when you’re doing a task that requires you to research something. For example, if you’re writing a paper, you can keep reference material on one monitor and the paper on the other.

Multitasking is something that many computer companies have started focusing on. Operating systems like Windows 8 and Windows 10 have several multitasking features that let you quickly switch between apps.

With dual monitors, you can get the most out of these features. On Windows 10, you can pull up the icons of several programs and open them as you please. This will save you time because you won’t need to minimize your window or search for a program.

If you’ve ever been interested in streaming, one of the first things you’ll need to do is buy a second monitor. You must do this because streaming involves a ton of multitasking which can detriment the quality of your stream if you don’t have the right setup.

When streaming, most people use a second monitor to look at their chat and mess with the stream settings. This also allows you to use other programs while ensuring that the stream is still recording the game instead of whatever you’re doing.

If you go to browse something on the internet but don’t want to show the stream, one of your monitors will keep the game running. With a single monitor setup, your game’s FPS will decrease when you tab out of it. Viewers would see nothing but a choppy game, encouraging them to click out.

The best monitors for dual setup when it comes to streaming are 144hz. These monitors have high refresh rates, so things like games look smoother as you play. While this isn’t necessary, it will let you make the best content you can.

How to Use Dual Monitors

Using dual monitors is simple and the setup process doesn’t take long. Depending on what kind of graphics card you have, you may be able to just plug the second monitor in and you’ll be ready. Those with modern HDMI graphics cards will need to buy a cable that converts HDMI to DisplayPort.

If you have an older card with VGA or DVI ports, they should plug into your monitor without a problem providing that the monitor is VGA or DVI. Newer monitors will have HDMI ports whereas the graphics cards will have DisplayPorts.

After you’ve acquired the necessary cables, plug them in and both of your monitors should work. From there, you can start adjusting the settings so that your monitors look smooth.

Ensure that the resolutions are correct on each monitor so that you have a seamless experience. With the wrong resolution, the quality will look bad and stretched out.

Most laptops today use HDMI, though some have USB-C. If your laptop has a USB-C port, you’ll just need an adaptor that converts it to HDMI.

It doesn’t matter whether you have a Mac or a Windows laptop, setting up a second monitor on either requires the same process. However, Macs typically have higher resolutions than Windows laptops. To avoid any problems, ensure that you find the best portable monitor for Mac if you want to have a high-quality setup.

When you’ve decided that you want to get the most out of your computer, upgrading to a dual monitor setup is the next step. All you’ll need is a decent graphics card that’s powerful enough to run two. Adding dual monitors to your rig will let you be more productive and multitask much more efficiently.

The main thing to look for when buying a second monitor is the port. In most cases, you can buy an adaptor cable. However, it’s best to get something that matches your computer so you won’t have to worry about compatibility issues.

Browse the rest of our articles if you’d like to learn more about technology! 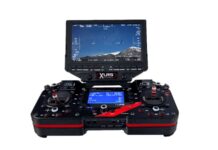 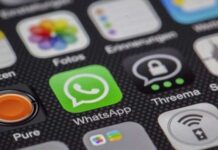 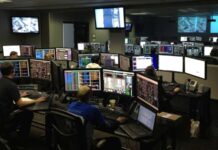