The effect of addiction is well known. People often smoke and drink which are not socially unacceptable and very soon these habits turn into an addiction. Smoking is already declared as an injurious habit that causes addiction and also negatively affects the lungs. On the other hand, consumption of alcohol in large quantities for a prolonged period of time not only affects mental health but also has a corrosive action on the inner lining of several internal organs like liver and stomach.

Vape without Getting Addicted

Hence it is understandable that some socially acceptable habits can also pose grave threats to the health of human beings. Many norms regulate smoking and drinking, and there is a legal age for purchasing such items. However, when people get into the addiction of any kind, it is very difficult to leave that addiction quickly. In many cases, the dependence caused by addiction is not even noticed until the craving is severe.

The Benefits of Safe Vaping

In order to fight off such damaging addictions, a safer process is being invented which is often considered as an alternative to smoking. This process is known as vaping. The vaping is the inhalation of vapors which are released by heating the liquid form of a certain compound. The vaping technique is considered safer because it releases very little smoke and eliminates the problem of passive smoking. The airway of a person is also not severely affected by vaping as vapors are inhaled and not smoke. The person who uses a vaping device has the choice to use a suitable kind of pod for vaping. Non-addictive flavored juices can also be vaped, and nicotine pods can also be used for vaping.

Therefore, the liquid which is to be vaped is predetermined by the user, and the number of compounds present in the vaping liquid is also present in a measured amount according to the strength chosen by the person who purchases the vaping pod.

Determining the Contents of a Vaping Pod

There are a variety of pods which are used in e-cigarettes or vaping devices. Individuals who are trying to forego the habit of smoking tobacco cigarettes often turn to vape nicotine pods for satisfying the craving without causing the lungs to suffer from cigarette smoke. The people who want to try out smoking also begin with vaping devices to minimize the health hazards from the very beginning.

However, it is true that use of addictive compounds while vaping might not be totally suitable for one’s health. The health of a person can be negatively affected if highly addictive compounds are used for constant vaping. Therefore, it is not only important to switch to a vaping device for reducing smoke it is also important to think about the compounds that are to be vaped with the aid e-cigarette devices.

The total lack of addictive materials might not be possible, but recently CBD vape pods have been introduced which claim to provide a non-addictive form of vaping which relaxes the body but doesn’t cause long-term addiction. The CBD is derived from marijuana, and the active ingredient present in it is Cannabidiol. Cannabidiol has been in use for medical purposes as it has a comforting effect.

The topical use of compositions containing Cannabidiol is also popular for relieving pain and stress. The non-addictive yet relaxing property of Cannabidiol has led to the use of this compound in vaping devices, and vape pods are containing this ingredient is being manufactured so that the process of vaping becomes a lot safer.

In order to understand the use of CBD in vape pods, it is important to know about the extraction and composition of CBD. Marijuana is known to have THC which is also known as tetrahydrocannabinol. This is the active component present in cannabis. This element has narcotic properties and hence produces psychoactive effects when smoked or vaped by individuals.

However, CBD doesn’t contain a huge amount of THC which makes it non-addictive as psychoactive effects are not observed upon consumption. The vape oil which is made from CBD is quite safe as it contains a fractional percentage of THC which is about 0.3%.

The CBD used in vaping pods is derived from the hemp that is grown for industrial purposes and is deemed as a legal crop. The vape pod that has CBD uses the industrial hemp for making the e-liquid for vaping purposes. The vaping of CBD pods instead of the conventional nicotine pods will provide users with a safer alternative as relaxation will be achieved without any narcotic effect.

The Definite Benefits of Using Vaping e-juices that Contain Cannabidiol

Marijuana is undoubtedly addictive and a narcotic drug having multiple effects and can be severely harmful if the huge amount is consumed. However when Cannabidiol is extracted from the male plants of marijuana the amount of THC is exponentially reduced. The medicinal effects of this component are already well known, but the benefits of vaping CBD over other pods containing nicotine or some other narcotic drug are enlisted below:

Hence, the process of vaping is being made more suitable by the introduction of e-liquids that offer relief and relaxation without causing addiction or other negative health effects. 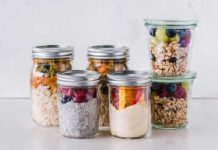 5 Proven Ways to Preserve Items for Your Food Business 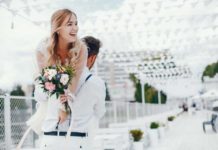 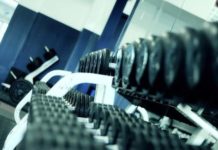 Must-Haves and Top Tips for the Gym

How to Stay Motivated With Your Fitness Routine

How to Choose the Best Facial Cream for Healthy Skin