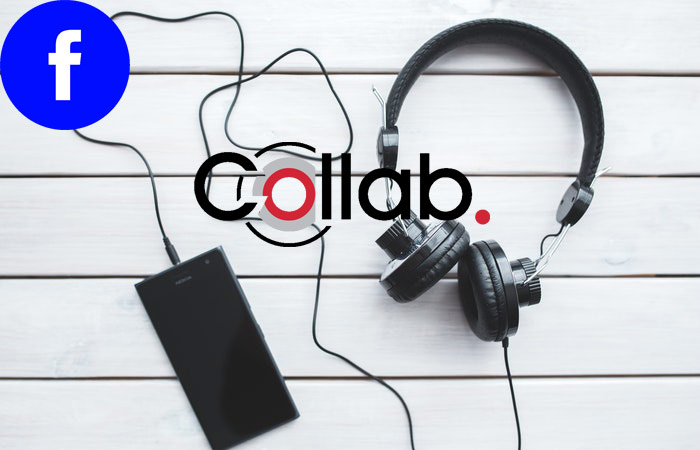 As of December 2020, not even the world of music is safe – because Facebook has launched a new standalone app called “Collab.”

Before anyone begins to worry that their Spotify, Amazon, or Apple Music accounts are about to become redundant, let’s take a moment for a reality check. Not everything Facebook does turns out to be a success. Their first attempt to take on TikTok with Lasso was a crushing disappointment.

Their in-site online slots website (Facebook Casino) hasn’t made a dent among online slots enthusiasts either. Whatever it is that people might want Facebook to do for them – and that includes quite a long list of things – it appears that playing online slots isn’t on that list. For various reasons, people appear to prefer to deal with specialists when they’re putting wagers on online casinos.

They might feel the same way about music, too – but that isn’t really what this new app is about. Facebook is, at its heart, still about social networking – and so is “Collab.” You won’t find many (if any) of your favorite artists on there – but you might make some new friends and find yourself working on some pretty interesting projects.

“Collab,” described by Facebook as an “experimental” product, allows users to collaborate with friends or strangers and make music videos together. It’s thought that the company’s secretive ‘NPE Team’ has been working on the app since May this year as an idea to provide people with entertainment while they’re stuck at home.

They’ve arrived a little late to that party, but that doesn’t mean that their new product might not still have merit. It might just be the case that you’ll need to be a musician to get the most out of it. Let’s take a moment to explain how” Collab” works so you can get a feel for what we mean.

Within the app, users can select, cut, and paste up to three different fifteen-second-long videos together in an attempt to make the best-sounding and best-looking video and audio track possible. That might include a video they’ve recorded themselves if they’re a musician, or for the casual browser, it might involve making a video by selecting content made by three unrelated people.

The idea is to recreate the feel of a ‘jamming session’ – an activity that precious few bands and musicians have been able to take part in this year. Tracks might feature nothing but vocals but can be paired with other recordings made by drummers, bass players, guitarists, keyboard players, and so on.

While the app has only just become available to the public, it’s been in beta testing mode for several months. One of the most popular videos on it was put together by indie artist morgxn, who has so far attracted more than 43 million listeners to their track “Wonder.” The long beta test means that the app isn’t short of content, which would otherwise have likely been a major issue for early adopters of the new medium.

Surprisingly, the app doesn’t integrate with Facebook in any way, so there’s no opportunity to directly share content generated on it to the social networking site or to Instagram, where it would make ideal content for “Reels.” That very same lack of integration, though, means that content produced in “Collab” can even be shared on TikTok – the company’s biggest rival when it comes to short-form video.

The announcement and launch of yet another product is probably a sign of confidence from Facebook’s upper management that despite the ongoing media buzz about the issue, the company is not about to be broken up or forced to sell off any major assets. Facebook stands accused of violating anti-trust and anti-competitor laws in the United States of America and may face extreme action as a result of that, but most legal analysts say that it’s unlikely that the company will be forced by law to cut off any of its limbs.

On the other hand, that might explain why there’s no solid connection between “Collab” and any of the other existing Facebook products. If “Collab” were integrated into the other software, it would be difficult to separate it at a later date and spin it off into a standalone product. As it stands, if “Collab” were to become a success and demonstrate money-making potential, it could be packaged up and sold off to the highest bidder at the drop of a hat.

Facebook must have some degree of confidence in this app to go ahead with a full-scale release to the public. The NPE Team has trialled and tested a number of apps during the past twelve months, including two different takes on a Facebook dating app and a form of ‘special memories’ app for couples, and none of them has yet seen the light of day. As the most popular videos in “Collab” have already racked up tens of millions of views, it’s clear that it has potential.

Now we get to find out whether there’s enough potential there to tempt people away from TikTok – which is surely Facebook’s ultimate aim in creating the product – or whether it will be yet another video-sharing app that fails to make a dent. If you’re curious about whether it’s worth a try or not, the best thing to do would be to download it and make your own minds up.

Impact of Mobile Apps In the Business World

The New Android P Will Save Your Phone Against Spying Apps